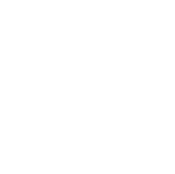 Home
EDIT
Loading albums...
About
we are two photographers and have been working together since 2010. usually we work in the fashion-and film business.

Mario Lotzin studied at the international fashion school "Esmod" in berlin, where he graduated with distinction as a fashion designer and stylist. he worked for many years in the haute couture sector. then he went into business for himself and designed costumes for filmproductions in israel, london, berlin and productions of the Variete "Wintergarten" and the "Bar jeder Vernuft", in berlin.


we always design our photos around a small or big story. we take our inspiration from art, music, theatre, etc.
our photos are always staged. most of our work is created in our own studio. we have presented our photo works in 1 group exhibition and 3 solo exhibitions so far


here you can see more: